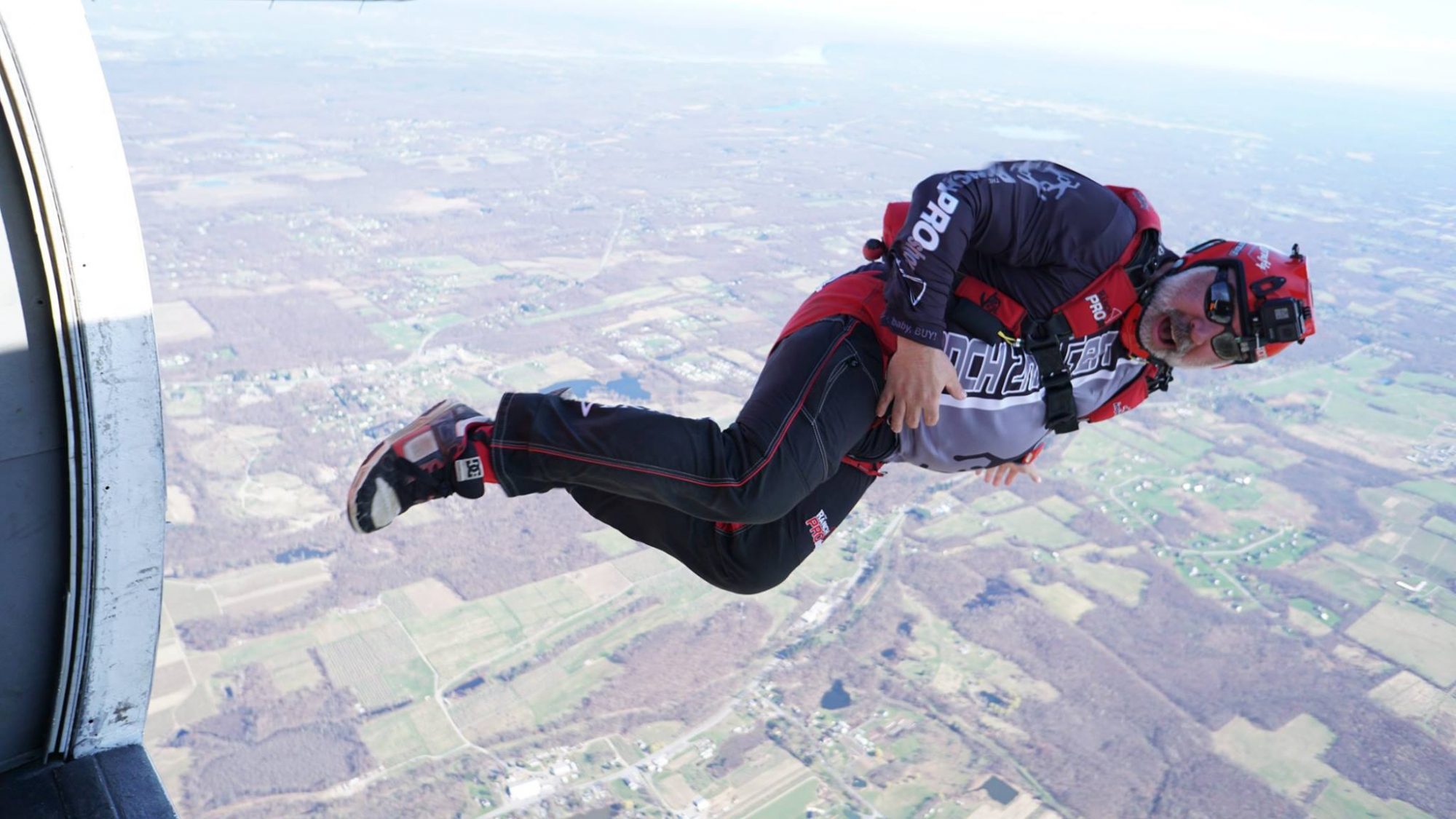 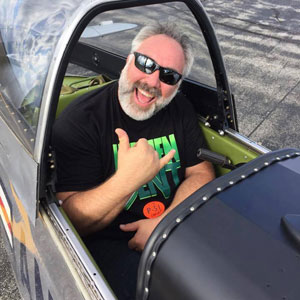 If you’ve ever breezed through Skydive The Ranch in Gardiner, New York, there’s a very good chance you’ve crossed paths with our friend Kamuran ‘Sonic’ Bayrasli. After all, he’s been part of the DZ’s backbone for as long as any of us can remember, and he’s the proud owner of The Ranch PROshop (as well as his ‘side gigs’ as Master Rigger, S&TA, AFF-I and PRO-rated demo jumper). The cool thing is that there’s so much going on behind that legendarily friendly face. May we introduce you?

With all those ratings, it’s no surprise that Sonic has been skydiving for a while — since 1992, as a matter of fact — and has nearly 7,000 skydives in his logbook. He picked up his rigger’s ticket in 1999; since then, he has lovingly bundled up more than 2800+ reserve pack jobs (among them, just about 100 saves).

It started out as a family affair. Sonic and his brother started jumping in 1992 at a small, Cessna outfit in Jersey called Skydive East. The pair did a couple of static line jumps there, with the eventual plan of doing AFF — but it was a tiny operation, and getting those student jumps scheduled was a hassle and a half. Frustrated, they opened up the yellow pages. Sonic’s brother found Skydive The Ranch. In 1993, the Ranch became the Bayrasli brothers’ home dropzone.

Sonic, of course, wasn’t “Sonic” quite yet — but he would be soon. 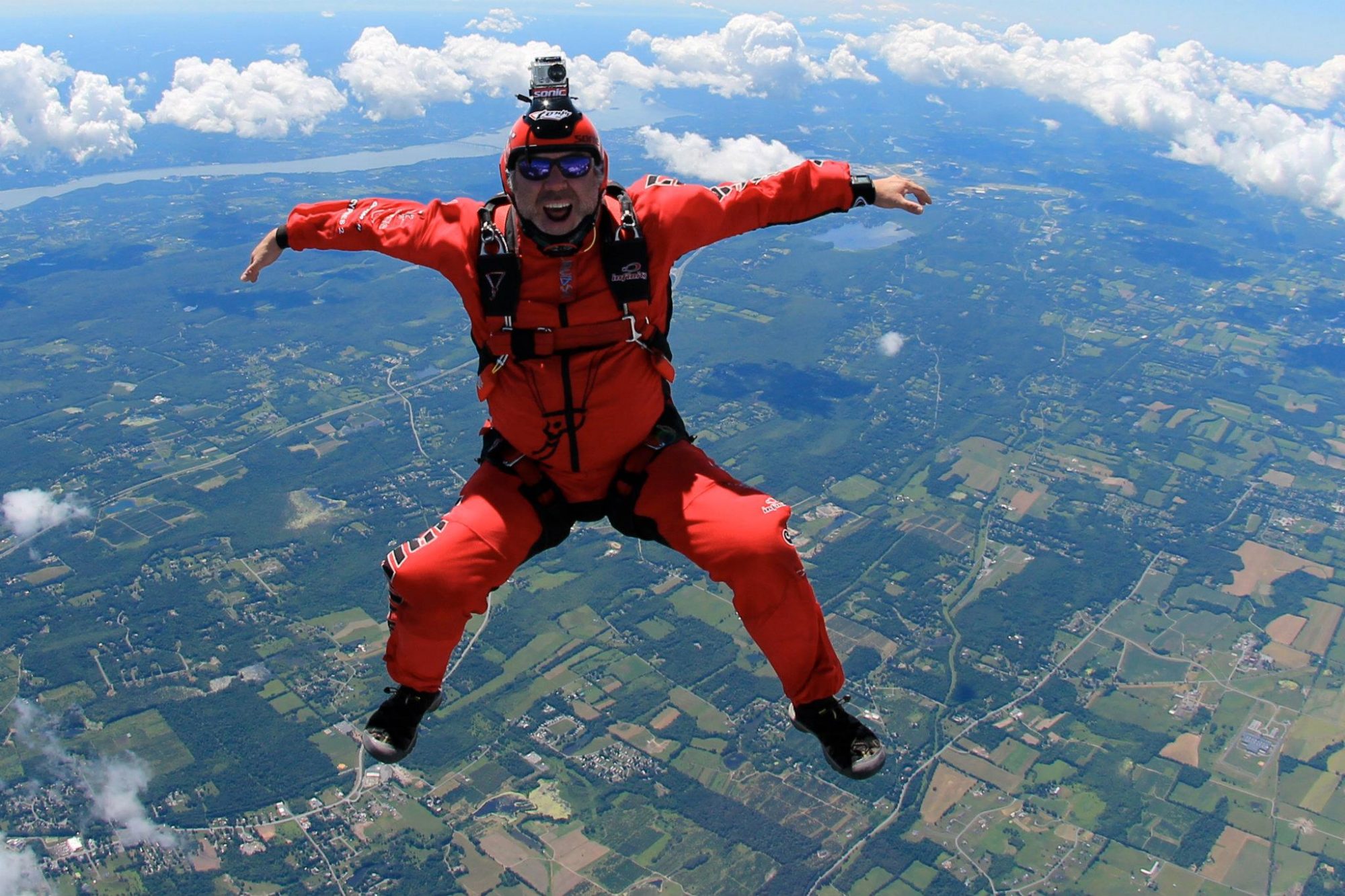 Above photo by Joel Lipsky

“[My brother and I] are both big guys,” he begins, “and here at the Ranch, after we did a couple of our first AFF jumps, the finstructors, were, like, okay — you need to jump with Hank Bungay.  Hank was/is probably 6’1 or 2, close to 300 pounds — big instructor, big, beer belly. Me and my brother ended up jumping with Hank. One of those nights out at the firepit, Hank told the other instructors we fall fast — like, at sonic speed. He turned around and said, ‘You guys are the Sonic brothers.’ 25 years later, it’s still my nickname.”

It wasn’t the other thing that stuck — so did Sonic’s beloved Ranch as a home base.

“We did AFF here, then a bunch of fun jumping,” Sonic grins. “But what really turned the needle for me was the US Nationals in 1996. I was a young jumper with a couple hundred jumps, and for that event to happen at my home dropzone — especially at that point in my skydiving career — I mean, to see that community of people get together — it really turned me on to the sport.”

At the time, young Sonic was working for a local promotional products company, selling anything with a logo on it on commission.

“I sold keychains, pens, magnets you name it,” he explains. “I was a straight commission type of guy and made up my own commission, which allowed me to skydive.  My last year of working — in 1998 — I probably took over two months off for skydiving events, boogies, nationals, training, whatever it was…and in 1999, my boss said I want you to go back to two weeks’ vacation. I was, like, no. By March, I had left my job.”

With that decision done and dusted, Sonic moved into a tent on the DZ. He did whatever he could. He got his tandem and AFF ratings. He got his rigging ticket. He did tandem video. He hustled. And he jumped.

“I did everything I could so I could be engulfed and work in skydiving,” he says. 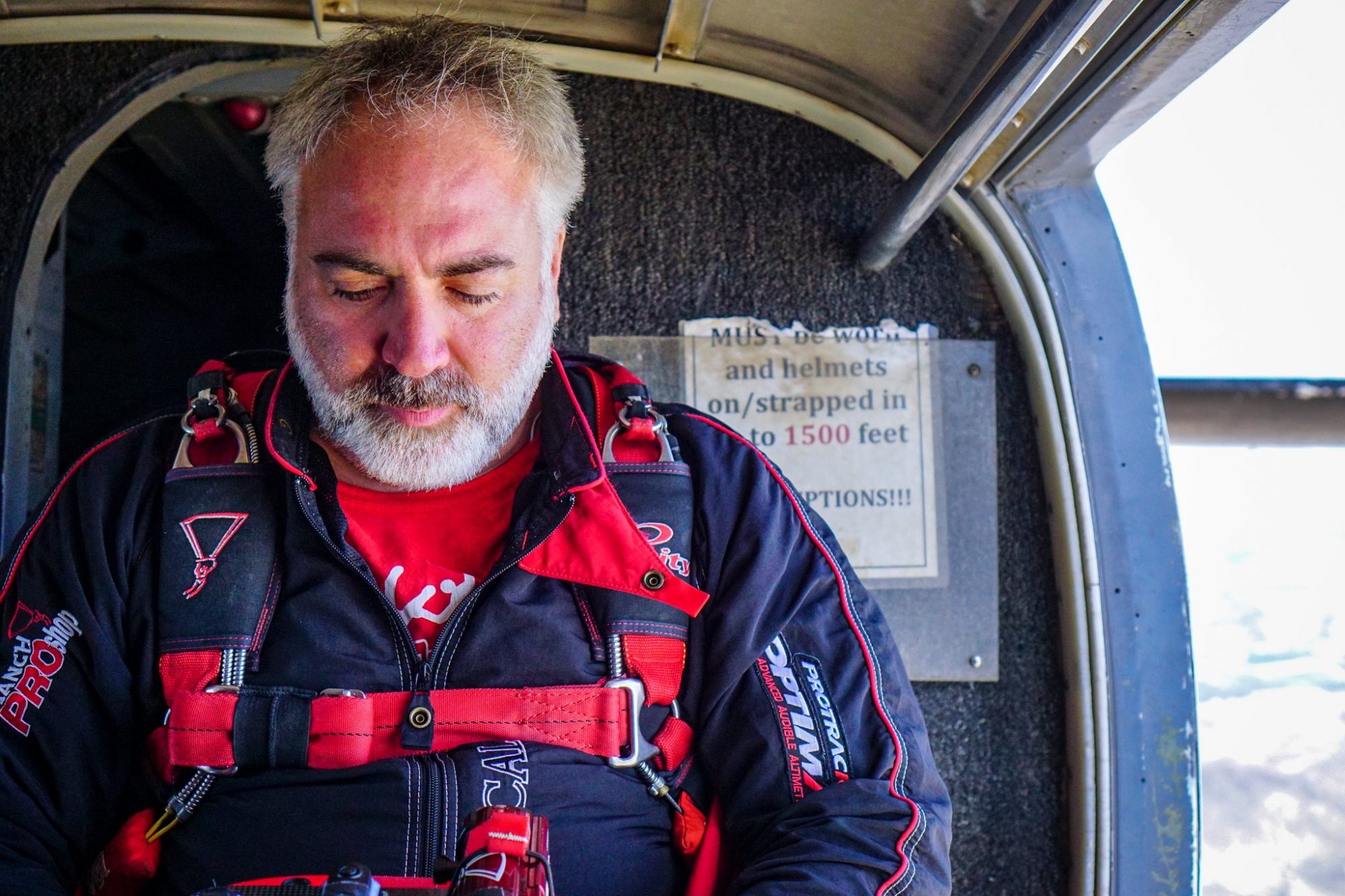 Photo by David Cherry of D-Squared

It wasn’t long before he started working for Marcus Antebi. Marcus owned Pier LTD, the gear store and online store for skydiving, based at The Ranch.

“He was a really big deal,” Sonic says.

Sonic started working for him in 2001. At the end of that year, Marcus didn’t want to run the shop anymore. Before long, the bid went up for the gear store here at the Ranch, and Sonic put his bid in. Unsurprisingly, he was selected to operate and run it.

“I think the Ranch is very special in many ways,” Sonic opines. “It all started from the owner, Billy Richards, with his ‘rule number one at the Ranch’: that there are no rules. That has maybe changed a little bit. But still, The Ranch is a private dropzone and airport. It’s not on a public facility, like the majority of places out there. It is in its own community.” 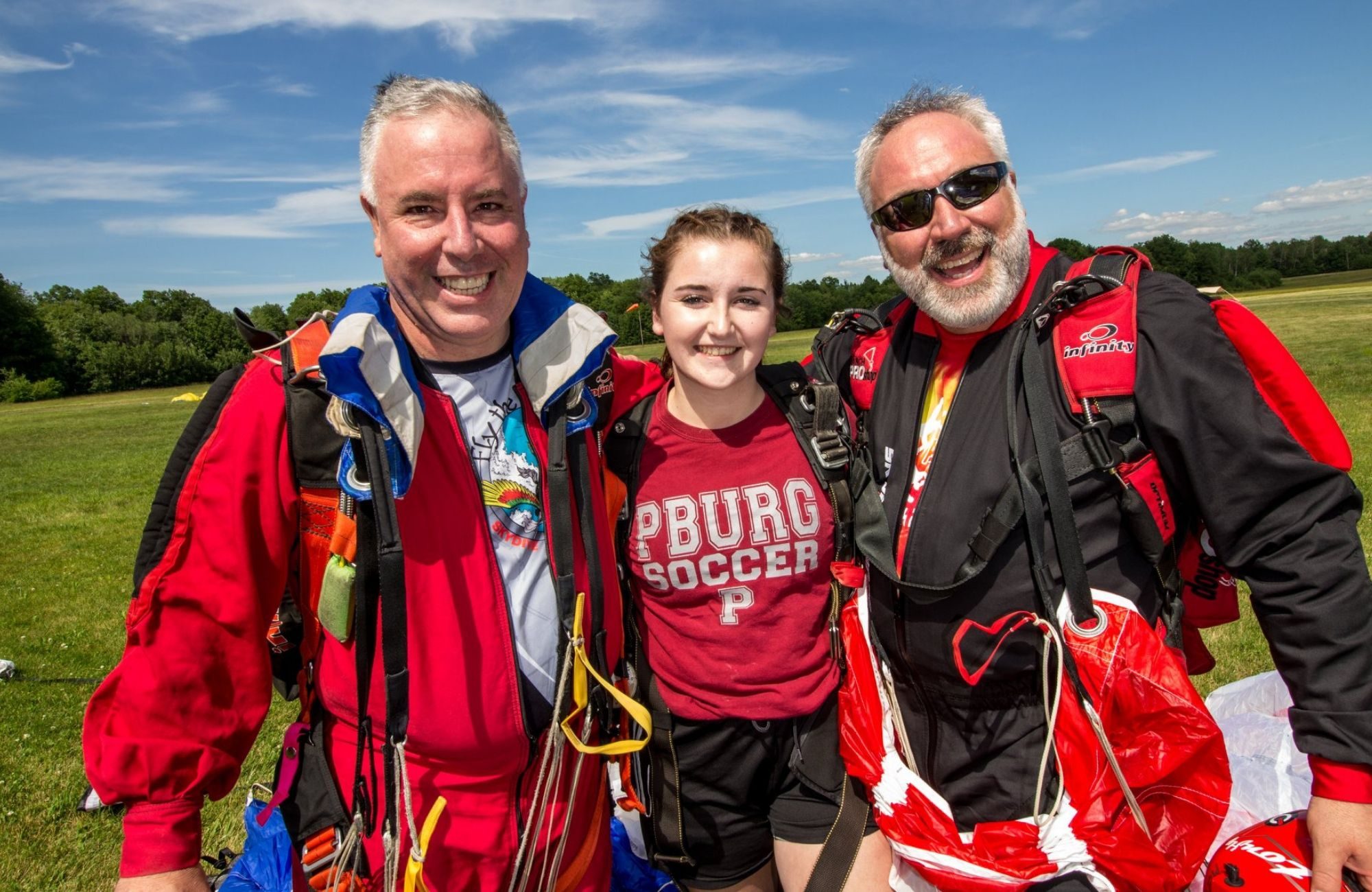 Above photo by Laszlo Andacs

“It is a sleep-away camp for adults,” he adds, musing. “We sort of do what we want, when we want, how we want, and it is hard to describe it until you come here and experience it. It may not be cranking out the most numbers. We don’t really advertise or have all these boogies on the calendar. We do our own thing. But we do have the largest home base of jumpers, meaning people that call the Ranch their home —  I think, more than any other drop zone in the country, though I might be wrong about that. At any rate, The Ranch is very unique in its ways.”

So, indeed, is Sonic.

And neither would we, Sonic. Thanks for bringing such incredible energy to the sport!